From the awe-inspiring Waimea Canyon on the west side to the world-famous Coconut Coast on the east, every inch of Kauai is rich with island beauty.

The Geography of Kauai

Kauai is the oldest of the main Hawaiian Islands, meaning it is the farthest away from the volcanic hot spot that produced them. The result is hundreds of thousands of years of wind and water, sculpting the towering cliff faces and lush valleys of the landscape. Kauai is roughly cone-shaped, with a majestic peak at its center that is worth the helicopter ride that’s needed to see it. At about 550 square miles, there is plenty of room to play, while knowing that all the island’s exciting features are never more than a few miles away. 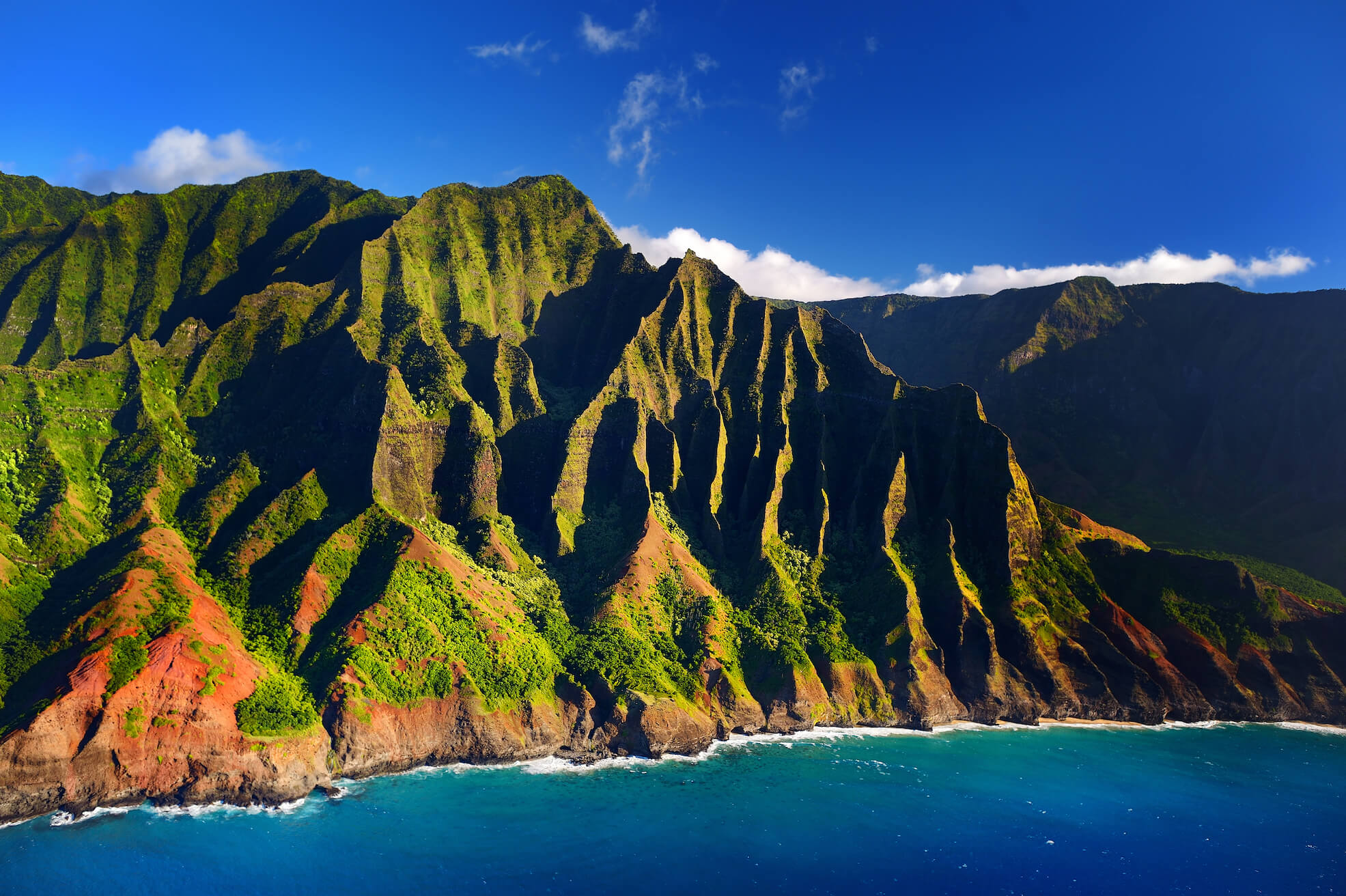 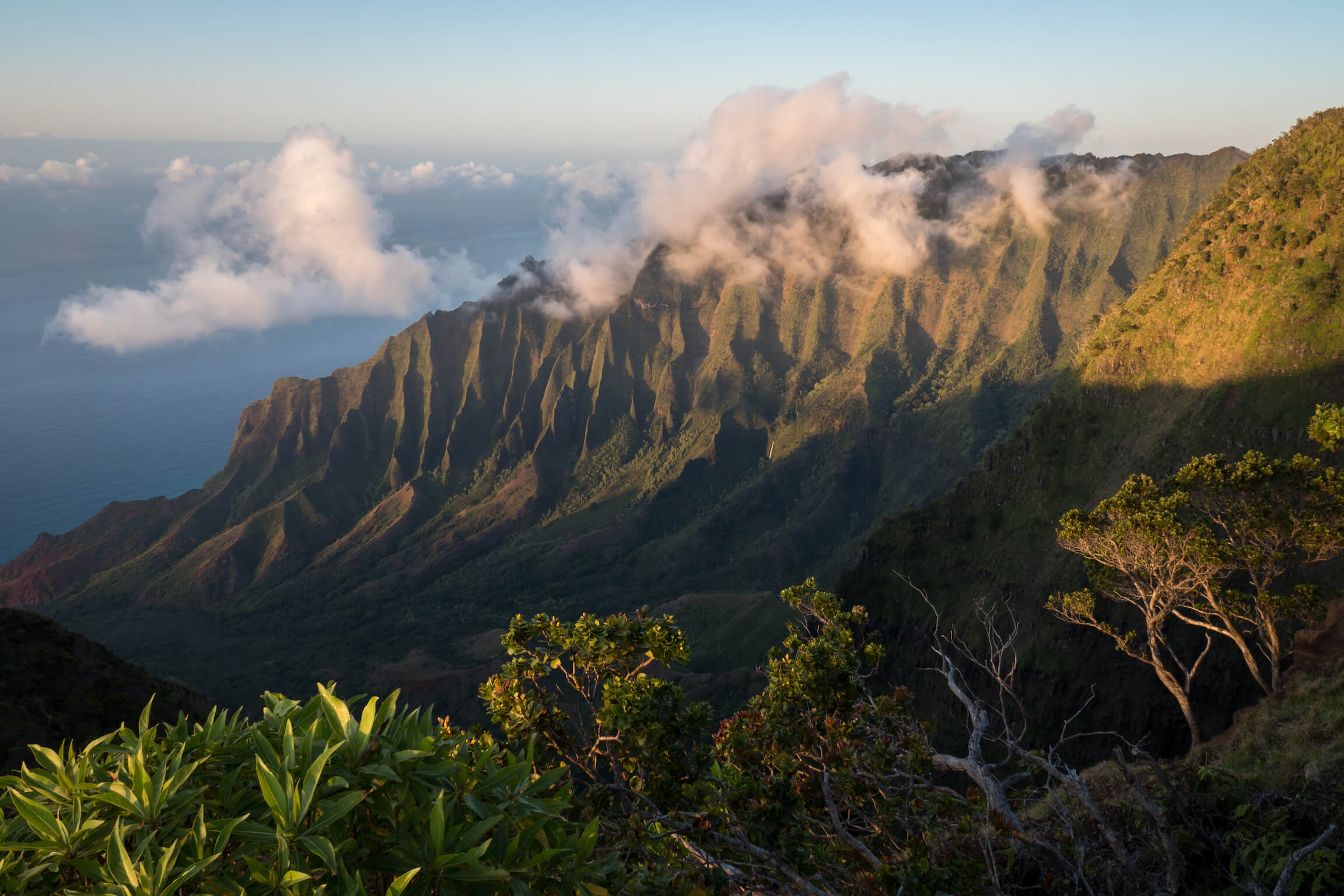 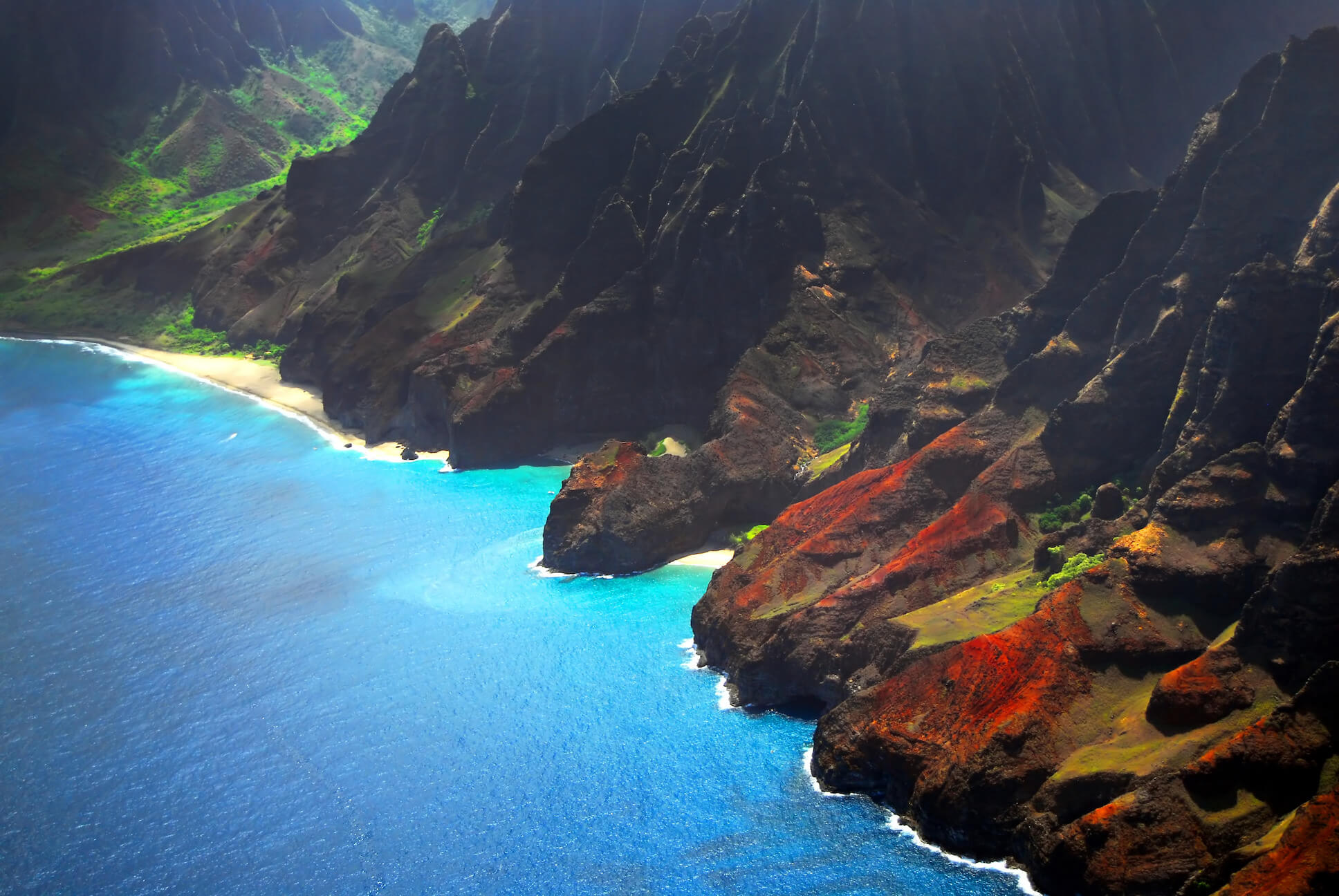 Flying over the island of Kauai

After it was settled by oceangoing Tahitians about 1,550 years ago, Kauai knew relative peace until about the end of the eighteenth century. It was then that the island had the distinction of being the last major holdout out against King Kamehameha the Great’s attempts to unify all of the islands under his rule. By 1810, their surrender was complete, and peace returned.

Kauai soon became home to the first successful sugar plantation in Hawaii, marking the beginning of one of the great economic mainstays for the region. Adventurers with a flair for history can visit foundations of the old sugar mill at Koloa on the island. There are also fascinating troves of artifacts from World War II that are stunningly preserved. Today, however, Kauai’s main industry is the island itself: the sun, the sand, the waves.